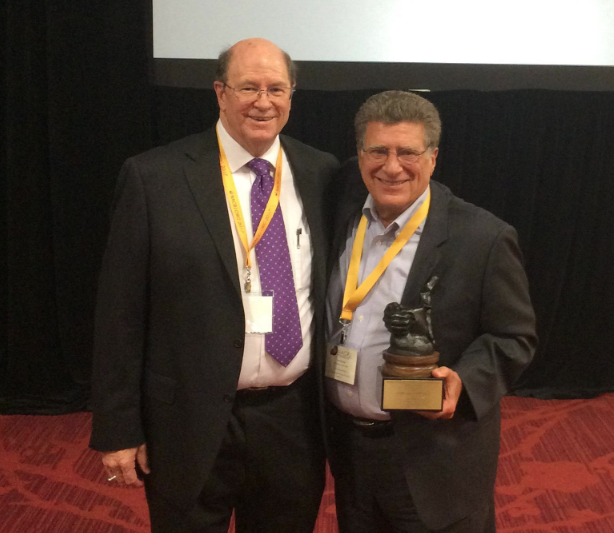 On June 17, 2017, during the 6th National Association of Community and Restorative Justice Conference in Oakland, California, awards were presented for excellence in six areas:

Two of the recipients are linked to the International Institute for Restorative Practices (IIRP) – Ted Wachtel and Ayesha Brooks. Ted Wachtel, founder and past President of the IIRP, received the 2017 Lifetime Achievement Award for his life’s work, across 50 years. In that time, he consistently promoted social justice, effective education and constructive community responses to harm through restorative justice practice. The IIRP is now an accredited graduate school focused on advancing restorative practices in our lives, schools, institutions and communities. The legacy of Ted Wachtel in restorative justice is wide, deep and substantive and deserves recognition with NACRJ’s Lifetime Achievement Award.

In his acceptance speech, Ted said, "I'd like to accept it, not so much for myself, but on behalf of the International Institute for Restorative Practices Graduate School, one of my proudest legacies, as recognition of that organization's contribution to the restorative movement and to the emerging social science of restorative practices." 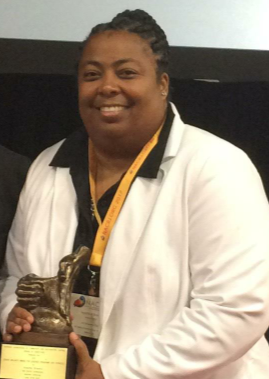 IIRP Alumna Ayesha Brooks '16 honored by receiving the Dennis Maloney Award for Juvenile Programs and ServicesBorn and raised in the Compton neighborhood of Los Angeles, Ms. Brooks experienced many of the challenges that face urban youth and has used her compassion, ability and training in the service of her community and others like it for over 25 years.

"[She] pioneered the use of restorative practices first in Watts and Compton and then in the Fontana Unified School District. While serving … on the LAUSD’s Positive Behavior Intervention and Support Task Force, she assisted in developing the School Climate Bill of Rights and district student discipline policies and procedures."

Ayesha comments, "At each school that I have worked I have restructured the detention room into the reflection room, which enables students time to reflect on their behavior and discuss strategies with their peers on how they could have handled the situation differently. The reflection rooms have been extremely successful because each student has a voice and takes an active role in resolving conflict. This accounted for sustainable change in every school that I have worked at.

"I felt honored to receive the 2017 Dennis Maloney award because it is based on leadership, volunteerism and my contributions to youth-based programs. I strive to be a role model in the Compton community because there is a need. I am dedicated to continuing my efforts to improve the communities where I live and work."

Over 1300 people attended the 6th NACRJ Conference in Oakland. We think this was the largest gathering of people focused on community and restorative justice ever held. Over 70% of attendees were K-12 educators. If you are not an NACRJ member, we hope you join and add your voice to 600 other members. The 7th NACRJ conference will be held in Denver, Colorado, in 2019. Hope to see you there.