Focus on relationships, writes Ted Wachtel in the Philadelphia Inquirer 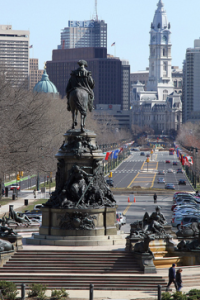 "Drawing from both liberal and conservative values, restorative practices cultivate a society based on participation and mutual self-reliance, where as citizens we take greater responsibility for our own lives," argues IIRP President Ted Wachtel argues in an op-ed piece in today's Philadelphia Inquirer. He begins with a story from about an incident at a Bethlehem, Pennsylvania, high school:

In May 2012, the principal of Freedom High School in Bethlehem, Pa., dealt with four seniors who seriously vandalized the school during "senior week."

In the past, the students would simply have been punished and excluded from graduation. Instead, principal Michael La Porta, whose school began implementing restorative practices nine months earlier, organized a "restorative conference."

At the conference, a facilitator asked the students a series of open-ended "restorative questions" that allowed them to speak freely and share their feelings. The facilitator then asked similar questions of school custodians and administrators, the boys' coaches and parents, and the school police officer. Everyone had an opportunity to be heard. La Porta would later describe the conference as "one of the most impressive, intense, and exhausting experiences in my professional career."

The students told their stories and listened intently to the others. The custodial staff explained the problems the damage created for it. The arresting officer shared how difficult it was to face the tearful reactions of parents when he informed them that their sons' actions were considered felonies under the law. The coaches and the parents expressed their disappointment and concern for the boys' future. The students expressed their remorse and participated in deciding how they should compensate for the damage they had caused. There were moments when there was not a dry eye in the room.

The students agreed to make public apologies to the faculty and student body, provide 100 hours of service at the school, and return the next year to speak publicly to students about avoiding harmful behaviors during senior week. While the local prosecutor insisted on bringing criminal charges, La Porta planned to support the young men through the judicial process. Also, because the students took responsibility for their actions, he made an unprecedented decision to allow them to graduate with their classmates.

Bethlehem, like most school districts, had previously followed a "zero tolerance" policy, with the school board mandating harsh responses to inappropriate behavior. But behavior was getting worse, not better. In response, at the beginning of the 2011-12 school year, Joseph Roy, the superintendent, introduced restorative practices at the two local high schools.

Suspensions have dropped 20 percent since restorative practices were begun, the two Bethlehem high schools report. Suspensions for the most serious infractions declined dramatically: down 81 percent for harassment and bullying, 75 percent for physical assault on a student, 64 percent for endangerment, and 59 percent for insubordination. Expulsions are down 41 percent.

The entire piece, "At schools, a focus on relationships," can be read at the Inquirer web site by clicking here.