A shift in conservative American thinking on justice? 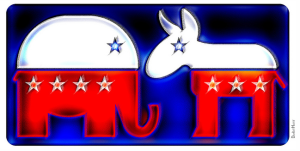 An extraordinary essay has recently been published in the United Kingdom by the Institute for Public Policy Research, a progressive think tank based in London, England. Paul Nolan, director of Justice Fellowship, the criminal justice reform arm of Prison Fellowship International, in a publication titled "Criminal justice reform: A revolution on the American right," writes:

For years, American conservatives have turned a blind eye to the excesses of the criminal justice system. Because we share the same goals as prisons – to take dangerous people off the streets – conservatives have assumed that prisons are different from other government agencies. However, as the economic recession has forced state budgets to be tightened, conservatives have taken another look at prisons – and we don’t like what we have found. Anti-tax crusader Grover Norquist expressed the growing consensus: ‘Spending more on education doesn’t necessarily get you more education ... That’s also true about criminal justice and fighting crime.’ (p. 3)

The shift Nolan writes about reflects, perhaps, his own shift in thinking. Nolan was a California assemblyman who was prosecuted as part of an FBI sting operation to target elected officials who accepted illegal campaign contributions. A Wikipedia entry about Nolan states, "After entering a guilty plea on one count of racketeering in the mid 1990s, Nolan resigned his seat and spent 25 months in a federal prison and four months in a halfway house. His experiences in prison changed his outlook and the course of his work."

Similarly, Charles Colson founded Prison Fellowship 1976 "following his release from prison after serving a sentence for a 'Watergate' related crime," according to PFI's web site. "Prior to his imprisonment, Mr. Colson had served as chief counsel for President Richard Nixon."

Nolan begins his essay by announcing a "remarkable change" in the politics of crime in the United States:

After years of being reliably ‘tough on crime’, conservatives are now at the forefront of the movement for criminal justice reform. A recent article in the Washington Monthly, ‘The Conservative War on Prisons', summed up this dramatic change succinctly: ‘Right-wing operatives have decided that prisons are a lot like schools: hugely expensive, inefficient, and in need of root-and-branch reform.’

After giving prisons a blank check for three decades, many conservative leaders are applying their natural scepticism of large government institutions to the criminal justice system. They are asking questions. Why do so many inmates return to prison so soon after being released? What is being done to prepare the inmates to live law abiding lives when they get out? Why are we locking up so many nonviolent offenders? Why don’t most incarcerated drug addicts receive treatment for their addiction? Might extremely long sentences actually make the offenders more dangerous after release? (p. 2)

In the essay Nolan outlines a number of reforms, backed by research, that he says "enjoy broad bipartisan support across ideological, theological and racial lines." He concludes his piece by noting that the Republican platform, adopted last summer at its national convention, endorses restorative justice programs.

The essay, which is paired with a shorter piece by British Labour MP Sadiq Khan, can be downloaded here.