"Somebody Could Have Died That Day" 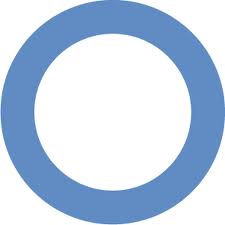 “Somebody could have died that day.” That’s what a student said after a fight nearly erupted at a small Detroit high school last month. But a restorative circle squashed the tension and prevented a tragedy.

It began in the cafeteria with an argument between two boys, but it quickly escalated, with kids taking sides, stripping off their shirts and getting into it. With some of the students claiming past affiliation with a neighborhood gang, this was serious.

The adults tried to separate the boys, but they struggled to calm the two students down.

Then a ninth grade boy stepped in: “I got this. I’ll do a circle.”

The adults were skeptical. But the kids were down with it. They knew what he meant. They would sit in a circle and talk about what was happening. They would handle this themselves.

These kids had been “doing circles” in their classrooms for a couple of months — from “check-ins,” to circles involving academic subjects, to those dealing with problems. They knew what to do.

They pulled some chairs into a circle. The ninth-grader led the process, and the two boys and everyone else involved in the incident had their say, going around the circle, one at a time. The adults sat on the sidelines and watched and listened.

The two boys who were directly involved in the incident soon realized that their argument had been based on a silly misunderstanding, and their anger and hostility faded as quickly as it had flared up. By the end, the two boys were hugging and in tears: “You know you’re my brother. I’ll always have your back.” Everyone else was crying and hugging, too.

Now a couple of kids pulled out their cell phones and started texting. Outside the window, a couple of cars that had been idling next to the building, who’d been called to step in if a fight erupted, drove away.

A district administrator said, “Adults with advanced degrees couldn’t handle this. But the kids could. With restorative practices, we’re empowering kids to take charge of their own lives.”

Somebody may have died that day. But thanks to students learning to manage conflict with their peers, it didn’t happen. There have been no further incidents at the school where staff, faculty and student model a variety of restorative practices.