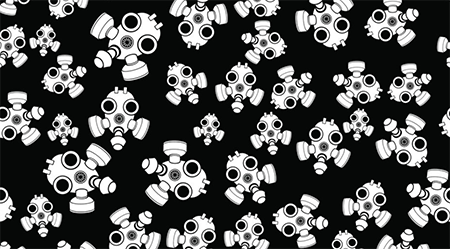 In my previous article, Conflict: Love It and Lead It, I said:

The highest performing groups learn that they need group members who are willing to lead conflict – not just manage it or resolve it. Within the roots of conflict lie the life blood of creativity, possibility, self-knowledge and group evolution.

Many years of experience as a leadership coach and organizational change consultant have proven this fact to me again and again. The presence of conflict within a work team, along with leaders who are skilled at managing it, is a sign of group health and an indication of that team’s potential to perform beyond normal expectations. The mediocre team seeks calm, avoids conflict and keeps the peace. The high performing team pushes boundaries, exposes contradictions and raises difficult interpersonal questions that often cause temporary friction among team members.

Instead of settling for the immediate gratification of conflict avoidance, high-performing teams sacrifice short-term peace for long-term health and performance.

This willful delaying of gratification and the conflicts that accompany this delay are signs of team maturity – not dysfunction.

All workplace conflict is potentially fruitful. However, there are two broad categories of conflict that happen within teams that must be understood in order to provide effective leadership: creative conflict and toxic conflict. Both types are similar on the surface. But each requires a very different response and skill set from leaders.

Creative conflict is rooted in the dynamics between people. In creative conflict, the motives and goals of group members are typically quite similar, healthy and ultimately orientated toward a desire to solve concrete external problems and challenges. For instance, a team of engineers might have two camps within it that each envision a very different solution to a technical challenge. There might be strong leaders who passionately argue each group’s position and engage in very distinct and intense conflict. Things might even boil over a few times before the issues are resolved. However, although the conflict involves strong personalities, it is not ultimately personal. The conflict is rooted in a sincere and shared desire to solve a real and pressing external challenge. The creative conflict is part of the team’s path to performance and cohesion.

Toxic conflict, on the other hand, is typically rooted in the personalities of individual people. Toxic conflicts are rarely about the problem or challenge that is being presented on the surface. While creative conflict is rooted in an external problem, toxic conflict is rooted in one or more individual personalities and the dynamics between them and the group. The personality-driven causes of toxic conflict can be conscious or unconscious, intentional or simply instinctual, depending on the type of personalities involved. For instance, in the same team of engineers above, we might see similar disagreements over an ostensibly technical challenge. However, rather than driving toward a creative resolution to that external problem, the conflict consistently diverts into nasty personal attacks and issues unrelated to the issues on the surface.

While creative conflicts might be uncomfortable, they tend to be remembered as creative and productive periods in the life of the group that helped them evolve positively as a team. In contrast, toxic conflicts are often draining and confusing episodes that can destroy the long-term ability of a group to perform, not enhance it. To prevent this from happening, the group needs courageous leaders willing to confront and assist the individual personalities at the center of toxic conflict. Overcoming these difficult challenges (and personalities) successfully will also be remembered as an important milestone, but one that involved much pain, risk and effort.

To lead creative conflicts, focus on giving the team time and space to work out the issues with as much autonomy as possible. Make sure there are clear opportunities for all voices to be heard – perhaps through the use of practices such as circles and fair process. It is often useful to help such groups develop some basic ground rules and norms for their conversations that encourage a real discussion of issues and risk-taking within agreed upon behavioral boundaries. Lead creative conflict by helping the group collaboratively address the problem in a way that is respectful and honest.

Improve your ability to lead creative conflict by learning to facilitate emotionally risky group conversations and proactively establish group norms without taking over or imposing fixes.

To provide leadership during toxic conflict, leaders must be willing to expose and confront the personalities (i.e., individual people) at the root of the conflict. This does not mean that such people should be treated poorly or shamed. The presence of such personality issues, though difficult, is common in every field of endeavor. But as a leader you must be willing to pointedly help these individuals examine their behavior patterns, motives and how they are impacting the group.

In extreme cases, persistently toxic personalities that prove unwilling to examine or change their behavior might need to be reassigned or otherwise removed from the team. If there is a real external challenge that needs to be tackled, the group won’t make much progress until the behavior of these individuals is confronted and their negative impact minimized. You waste group energy when you avoid addressing an individual personality problem. It is generally easier to engage an external creative conflict than a more nebulous and risky toxic conflict. However, effective leaders must know how to tell one from the other and be willing to practice the different responses that each requires.

Improve your ability to lead toxic conflict by learning how to confront individuals directly, challenge behavior while not denigrating the individual, and take immediate decisive action in the best interests of the group.

By popular demand… In future articles, I will explore some of the most common personality traits that persistently generate toxic conflict and provide some tips on how to respond to each.

This article was originally posted on Dr. Bailie's new blog, Leading Conflict: How to Fight at Work.