In US Republicans rethinking focus on prisons 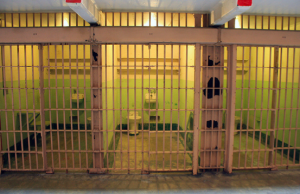 A few months ago I posted a piece about a report issued in the UK by Pat Nolan, director of Justice Fellowship, the criminal justice reform arm of Prison Fellowship International, about a shift in conservative thinking on crime in the US and a possible alliance between the right and the left on including restorative justice as a way to shift the current emphasis on prisons. Since the article was published in the UK and not here in the US, I put a question mark at the end of my post, which I titled "A shift in conservative American thinking on justice?"

But now a piece has appeared in the Wall Street Journal – indeed on the front page of the June 21, 2013 issue – titled "As Prisons Squeeze Budgets, GOP Rethinks Crime Focus" by Neil King, Jr., and it confirms something is afoot.

New rules enacted over the past two legislative sessions [in Georgia] are steering nonviolent offenders away from prison, emphasizing rehabilitation over jail time, and lessening the penalties for many drug and property crimes.

Georgia is the latest example of a Republican-led state drive to replace tough-on-crime dictums of the 1990s with a more forgiving and nuanced set of laws. Leading the charge in states such as Texas, Ohio, Kentucky, South Carolina and South Dakota are GOP lawmakers—and in most cases Republican governors—who once favored stiff prison terms aimed at driving down crime.

Motivations for the push are many. Budget pressures and burgeoning prison costs have spurred new thinking. Some advocates point to data showing that harsh prison sentences often engender more crime. Among the key backers are conservative Christians talking of redemption and libertarians who have come to see the prison system as the embodiment of a heavy-handed state. And crime rates are falling nationally, a trend that has continued in most of the states putting fewer people in jail.

The movement also dovetails with the quest of some Republicans to soften the party's edges and to plunge into new policy areas that affect the poor and the disadvantaged. The initiatives have drawn praise from groups that aren't often allied with the GOP, including the National Association for the Advancement of Colored People and the American Civil Liberties Union. The result is some unlikely bedfellows, with the conservative American Legislative Exchange Council working alongside the ACLU.

The article goes on to survey efforts in a host of states to reform their justice systems and penal codes, noting, "Just over half of the states have embarked on criminal-justice overhauls of varying scope over the past five years, with 19 of those efforts led by Republican governors or GOP legislatures and nine by Democratic governors or legislatures."

The problem is that "State prison populations swelled 700% between 1970 and 2009, from 174,000 inmates to 1.4 million." Republicans, who do not want to be thought that they are "going soft on crime," argue instead that the "system [has] tilted too far toward punishment, without any gauge for success or failure."

Tim Dunn, a "wealthy Texas oilman," an "evangelical Christian with a strong libertarian bent," and a top contributor to the conservative "Texas Public Policy Foundation," is quoted as saying, "I had come to see our justice system as imperial, as intent on maintaining the authority of the king. It was no longer communal or restorative."

Other than that use of the word "restorative" the piece does not explicitly mention restorative justice as an alternative to incarceration. However, it does provide a good sense of how in a variety of states governments are looking for less expensive, and more effective, alternatives to dealing with crime.

The following video interview from the Wall Street Journal with reported Neil King looks at the factions within the Republican party who are pushing for change and the various reasons they want reform now.