In remembrance of Dr. Donald Nathanson 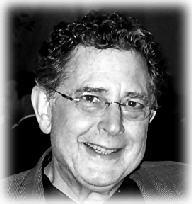 The IIRP would like to pay tribute to Donald L. Nathanson, M.D., who passed away December 27, 2017. Dr. Nathanson's work on Affect Theory, and shame, in particular, was an important influence on the development of restorative practices.

The former Director of the Silvan S. Tomkins Institute and author of the book, Shame and Pride: Affect, Sex, and the Birth of the Self, Dr. Nathanson developed the Compass of Shame to illustrate the various ways that human beings react when they feel shame. He maintained that it is through the mutual exchange of expressed affect that we build community, creating the emotional bonds that tie us all together. He also stated that restorative practices such as conferences and circles provide a safe environment for people to express and exchange emotion. Dr. Nathanson presented some of these ideas in From Empathy to Community, at the IIRP World Conference: "Conferencing: A New Response to Wrongdoing," August 6-8, 1998, in Minneapolis, Minnesota, USA.

“Don was a huge influence on our thinking,” notes Ted Wachtel, IIRP Founder.

Adds Terry O'Connell, retired Director, Real Justice Australia, and developer of the restorative conferencing script, "I am indeed fortunate to have known Don Nathanson. We first met in 1994 in Philadelphia and over the following 20 years Don had a huge influence on me personally and professionally. Hardly a day passes without me making some reference to Donald Nathanson and his significant contribution to the Restorative Justice [Practice] movement. Don’s articulation of Silvan Tomkins Psychology of Affect has ensured that restorative processes have relevance to most human interactions.”

IIRP President John Bailie, Ph.D., comments, “Don’s work helped us to articulate why and how restorative practices work. His genius lives on in this new social science and the lives improved by his insights.”

You can read Dr. Nathanson's obituary and express condolences to his family here.