The IIRP Canada Conference, Leading and Sustaining Change, in Toronto April 30 - May 2, will include a featured panel that brings together a range of Aboriginal voices from across the country. "Indigenous Communities Engaging in Restorative Action to Promote Reconciliation" is being organized and facilitated by IIRP Canada Regional Representative Gayle Desmeules, who is of Métis descent, a native group that traces their heritage to both Indigenous North Americans and early European settlers.

Desmeules, who formally joined IIRP Canada last year but has been an IIRP licensed trainer since 2008, has a long and varied career that reflects many of the changes happening in Indigenous communities in Canada. As a child of someone who survived the residential schools — a system that separated Aboriginal children forcibly from their parents and assimilated them into the white community — she has firsthand knowledge of the impact that system had on her community and the legacy of trauma it created. She has dedicated her life to seeking solutions to better the conditions of Indigenous people in Canada.

Desmeules credits her early career in sports and recreation for teaching her about the importance of relationships and collaboration. She invited her cousin, NHL Hall of Famer Bryan Trottier, who for many years has been offering Aboriginal Youth Leadership Development Hockey Camps, to be part of the panel.

After her career in sports, which included helping to launch the first North American Indigenous Games in 1990, she spent seven years in Alberta's government fostering Indigenous community development. 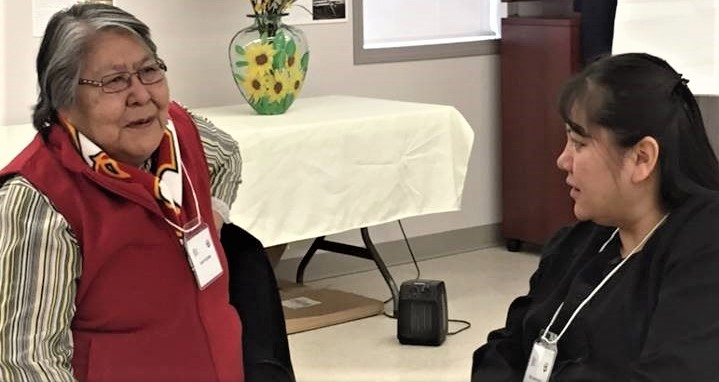 Mary Delorme (left) and Carol Wanyandie of the Aseniwuche Winewak Nation of Canada, Grande Cache, Alberta, serve on the Restorative Justice Committee and learn more about restorative conferencing from Desmeules.As the Aboriginal Relations Specialist for Child and Family Services in North Central Alberta, Desmeules helped construct a Family Group Conference (FGC) model, a restorative group process that allows families to make decisions for a child’s safety and wellbeing when concerns arise. Desmeules worked with local Elders to oversee the model's implementation and ensure the process made room for families to address intergenerational trauma and the root causes that lead a child to being placed in the child welfare system.

Desmeules emphasizes the importance of tailoring restorative processes to the culture being served. “When I train, I encourage participation of community Elders,” she notes. “They bring knowledge of traditional ceremony, cultural teachings and understanding of relational or natural laws that give power to frame practice.” Desmeules' research and model is published by the Centre of Excellence for Child Welfare in a book entitled Putting a Human Face on Child Welfare.

Desmeules later worked for the nonprofit Native Counselling Services of Alberta (NCSA), whose director, Dr. Patti LaBoucane-Benson, will be presenting on the conference panel. During that time, Desmeules learned about restorative justice conferencing. In one case, she employed the IIRP’s Real Justice conference script to achieve reconciliation in the wake of a violent fight between a group of teenage friends who had been drinking. The youth, their parents, a local Elder and a police officer were included in the conference. The officer encouraged the boys to call police for help in future, rather than allow the situation to turn violent, even if they had been breaking the law by drinking. The meeting promoted peace between the participants; the boys remained friends and all graduated from high school.

Other speakers on the panel include representatives of both provincial and tribal government. Kirsten Manley-Casimir, Ph.D., is the legal director at the Indigenous Justice Division, Ontario Ministry of the Attorney General, whose mandate is to repair relationships between the Ministry and Indigenous communities within the province. 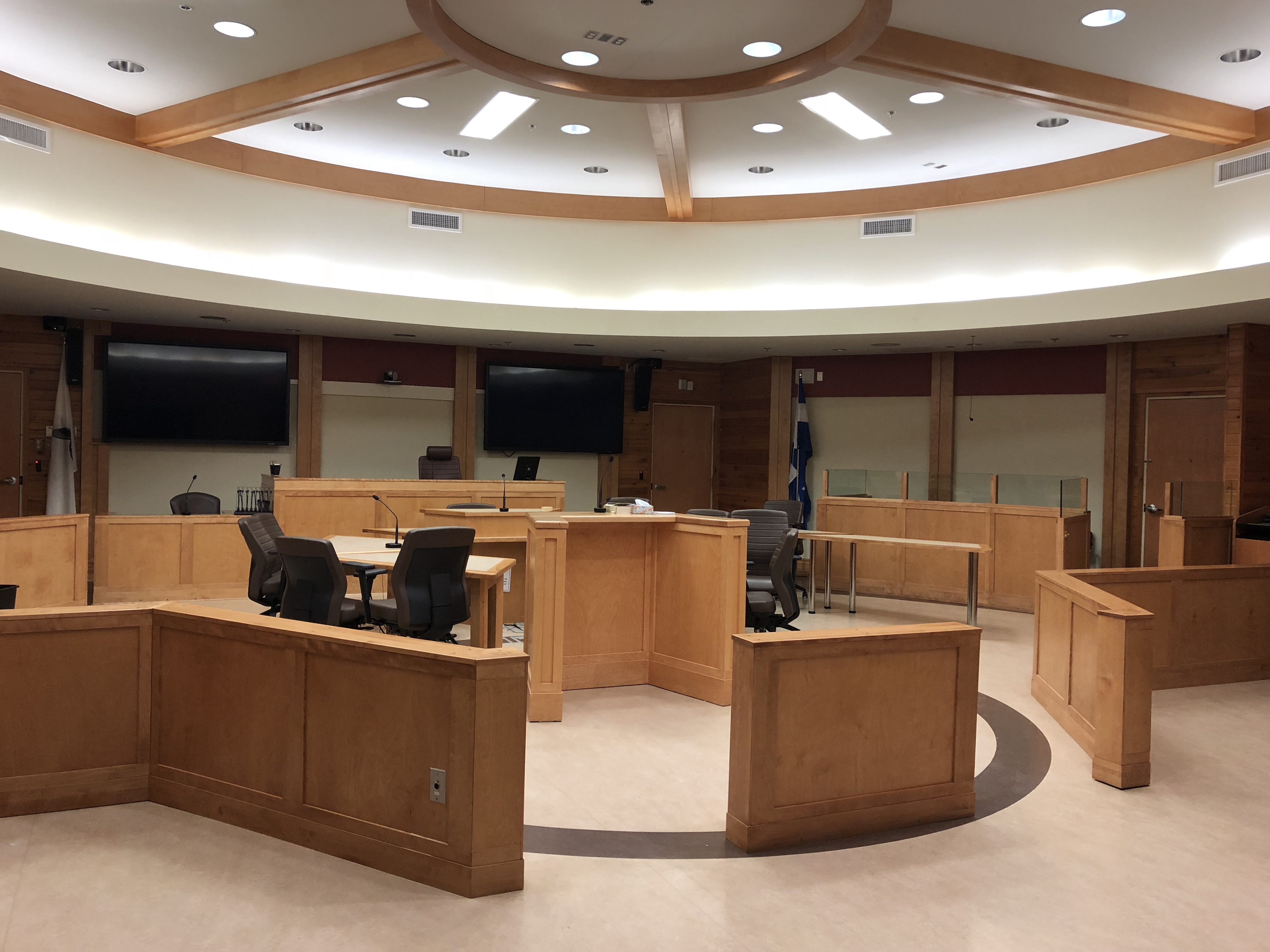 Inside one of the round Cree courthousesDonald Nicholls is Director of Justice for the Cree Nation Government, overseeing over 60 staff working in Cree courthouses, provincial detention, federal prison and numerous school- and community-based programs. In a unique project, the Cree have built circular courthouses situated in each community. This reflects a commitment to providing opportunities for traditional and restorative processes at every stage of the justice system, including prevention programs and reintegration from prison.

To her surprise, Desmeules realized a few years ago that Nicholls is also a relative. In fact, that happens often: “I was at Mistissini Cree Nation, Quebec, in January, and several people said, ‘We’re related.' It’s surreal. It’s neat!” she says.

While we are all one human family, Desmeules has found that restorative practices provide a way to respect each person and group’s individual differences while working towards self-determination, which she defines as the ability to set and achieve one’s own goals.

Join Desmeules and so many others at the IIRP Canada Conference in Toronto!