I felt Johan’s absence in the empty spaces between Kristin Verellen’s words.

Verellen was a keynote speaker during the opening session of the International Institute for Restorative Practices (IIRP) Europe Conference. The audience of leaders, practitioners, changemakers, scholars, and community advocates gathered at Buda Island in Kortrijk, Belgium to learn more about using restorative practices to enhance community well-being and resilience

A Belgian certified psychotherapist and coach, Verellen spoke in a lilting Dutch accent as she talked about the events of March 22, 2016.

In the liminal time that followed, Verellen searched for Johan during the day and met during the evenings with family and friends in the living room.

“It started as a way of surviving, but then it became the most precious, human thing you can do at such moments,” she said. “We sat down…in a circle just to come back to ourselves, to try to find the words for what we were feeling and try to make sense of it.”

The nightly circle grew in numbers and lasted for about a month — long after Johan was discovered among the dead in the blast that hit the Maalbeeck Metro Station near the city center.

“At the start (of the circle group), there was a lot of heaviness,” Verellen said. “But at the end, there was lightness, even laughter.”

We Have the Choice

Inspired by the community’s need for circle rituals in the aftermath of the terrorist attacks, Verellen cofounded “We Have the Choice.”

The volunteer non-profit “organizes moments of meaningful gathering in different circle formats, in an effort to contribute to building a culture of inclusiveness and dialogue, heal trauma in people and communities, transform powerlessness into strength, and connect human beings from heart to heart.”

Its name, “We Have the Choice,” derives from Verellen’s response to a reporter’s questions about how the Brussels bombings affected her, given Johan’s death. She said:

Verellen and other facilitators at We Have the Choice guide circles at the request of organizations. Circles are a form of restorative practices in which participants sit in a circle. Each person has a chance to speak and be heard in response to a question.

“It is not a dialogue —  a circle,” Verellen said. “We listen from the center. It’s like listening with the ears of the group together. We speak from the heart…We leave the roles that everyone carries outside.”

Special attention, Verellen said, is given to those groups in vulnerable situations that are an easy target when it comes to polarization and hardening, such as young people, or the Muslim community.

“We are not a victim organization,” Verellen said. “I want to support people to find their own voice, to find again their own resilience. It’s also good to help people give voice to their feelings and stories.”

The Prevalence of Trauma

This is the point in Verellen’s story when we applaud.

We feel redeemed by a story in which the grieving loved one transforms her private pain into public healing because it gives us the illusion of triumphing over death. We remark on Verellen’s generosity, courage, and resilience.

All are true. But Verellen’s story is more than becoming an alchemist of our grief. It’s also about addressing an epidemic in which the incidences upon which we are individually and collectively called to respond to trauma — our own or someone else’s — are becoming increasingly common. 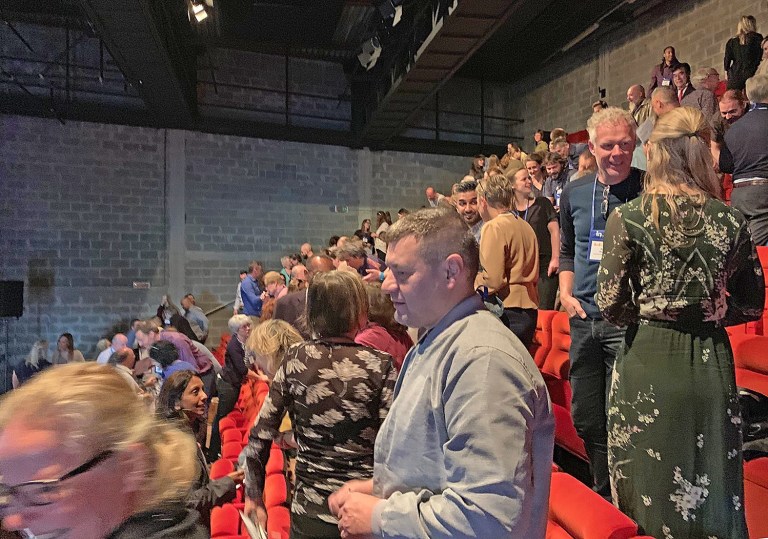 The Islamic extremists who perpetrated the Brussels bombings belonged to the same terrorist cell that was involved in the November 2015 terrorist attacks that devastated Paris a few months before. In the United States, there have been more than 140 mass shootings this year, as of this writing.

The idea of using circle rituals to address individual and community trauma runs contrary to societies that define inclusion by who we exclude, the walls we erect, and the porous borders we claim to protect in the name of freedom. Yet, we must swim against the tide of popular public opinion if we want to have a future, let alone a future worth fighting for.

Inviting the Unseen and Unspoken

Given the current environment of gun violence, political and social divisiveness, and movements toward nationalism and isolation, it’s no longer a matter of whether you will experience trauma; it’s a matter of when it will be your turn. But loss and trauma can also occur at any stage of one’s life and intensity.

Verellen underscored the point during her talk when she asked the audience to raise their hand if they ever lost one or both of their parents, or if they had ever lost the illusion of youth. A sea of hands appeared by the second question.

Circle rituals, as practiced by Verellen and other facilitators in “We Have the Choice,” are responsible and practical responses to loss and trauma that happen on the micro and macro levels, because they create safe spaces for people to process trauma. They also help people feel less lonely and isolated.

“We invite what is unspoken, unseen, unprocessed — everything that is under the water line,” Verellen said. “It’s only when we have access to that, that everything starts again to stream.”

As Verellen concluded her talk — an artful combination of her narrative and Johan’s photographs — the distance between the living and the dead, absence and presence narrowed. Then she read the following words from a poem she wrote to Johan shortly after his death.

“My love/where can we go now with our lives? I feel like drifting between this and the other side/But no matter how deep the water/As long as we swim/We’ll find/Each other.”

Author Kerra Bolton has more than 20 years of experience in media, politics and public policy. Currently, she is exploring how restorative practices can heal communities and her relationship with her country. This and other posts can be read at BuildingANewReality.com, the website of IIRP Founder Ted Wachtel. 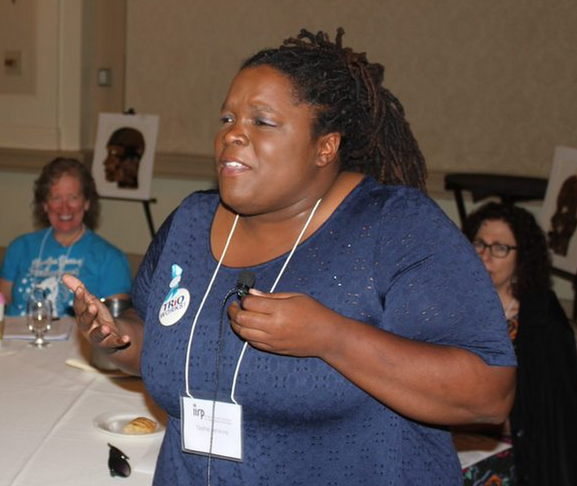