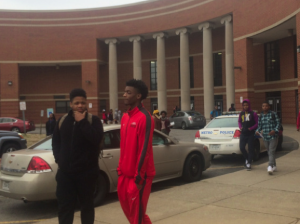 "The Rock Star Principals" from Downington, Pennsylvania, reflect during their podcast upon how a new study showing that "Suspensions Hurt 'Good Kids', Too" supports their own argument for restorative practices.

The Institute for Restorative Justice and Restorative Dialogue at the University of Texas at Austin School of Social Work received a $521,000 grant from the Texas Education Agency to conduct training sessions in Restorative Discipline in 10 Education Service Centers, which provide support to school districts and charter schools throughout the state.

"Restorative Practices could someday become as common as school suspensions and expulsions," predicts an opinion piece from Connecticut.

New statistics show that African-American girls may be even more negatively impacted by the school-to-prison pipeline than boys.

In its Building Bridges program evaluation, Le Chéile's Restorative Justice Project in Limerick, Ireland, which received training from IIRP Europe, reports that 1 Euro invested returns nearly 3 Euros in social value and has proven to be a positive experience for victims, youth offenders and parents.

Jim Liske, CEO of Prison Fellowship International, says the new Charles Colson Task Force on Federal Corrections, of which he is a member, offers a "chance for Restorative Justice." An op-ed from the LA Times argues, "There are good reasons, rooted in conservative as well as liberal politics, to focus on reforming criminal justice systems by using restorative justice. " 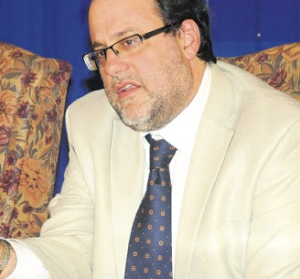 The World Congress on Juvenile Justice in Geneva calls for strengthening of restorative justice for youth.

In "Healing the Criminal Justice System in Chicago," journalist Robert Koehler speaks of the need to invest in "humanizing people."

The Sycamore Tree initiative, in which inmates come face-to-face with victims of crime, pilots a program at a Bermuda prison.

Massachusetts residents have an opportunity to support state senate and house bills to implement restorative practices and justice statewide.

College of William and Mary hosts a workshop on using restorative practices to address racism.

Watch a trailer for Cody High: A Life Remodeled, Walter V. Marshall’s new documentary about how a badly blighted Detroit, MI, neighborhood came together to improve their community, aided by restorative practices and IIRP instructor and former Detroit Police Officer, Monica Evans. The film is an official selection at the Garden State Film Festival in New Jersey, March 19-22.

Brene Brown defines shame, guilt and vulnerability in ways that are helpful for self-development.

Why would a school build restorative practices into its architecture? To become more conscious in its desire to create positive school culture.