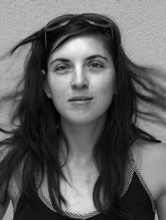 • The Syracuse, New York, school boards explains why they're turning to restorative practices. 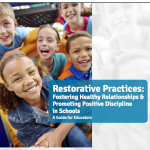 • The New York Times defends its editorial saying that race directly affects how students are disciplined in schools.

• The Gay-Straight Alliance calls on clubs to demand that their school districts adopt restorative practices.

• The state of Minnesota passes a Safe & Supportive Minnesota Schools Act that directs school districts to develop policies that prevent bullying, and to train school staff in restorative practices. 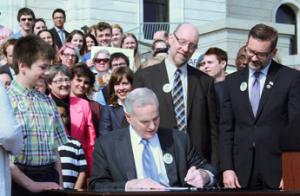 • Restorative discipline at a San Antonio middle school led to an 84% reduction in out-of-school suspensions according to a University of Texas-San Antonio lecturer.

• A University of Minnesota research report demonstrates the positive impact of restorative conferencing for students who were facing expulsion at Minneapolis Public Schools.

• The Advancement Project and Padres and Jovenes Unidos analyzed data from all 179 school districts in Colorado to track the impact of a state law passed in 2012 that limited the use of zero-tolerance discipline policies in schools and emphasized restorative practices. 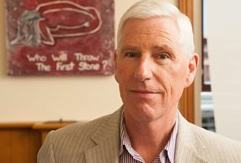 • Research from the New Zealand Minstry of Justice demonstrates a 12% percent reduction in recidivism with restorative justice.

• A rape victim talks about meeting her rapist: “I walked into that room a victim, and I walked out a survivor.” Criminologist Heather Strang also appears in the video segment. Read more. 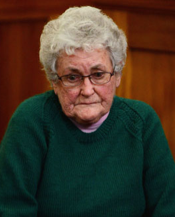 Tony McKelvey during sentencing for careless driving resulting in a death• An elderly driver's whose brief lapse killed a biker participated in a restorative conference as part of the criminal justice process.

• A restorative conference in Victoria, British Columbia, Canada, helped resolve an incident of a man overreacting when he received a parking ticket.

• The 8th International Conference of the European Forum for Restorative Justice will take place in Belfast this June.